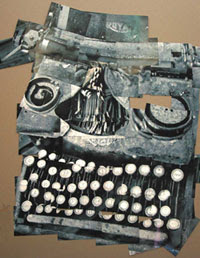 Following on from that, another competition came up. This time it was the chance to write a “Campfire Story”, in other words, a scary tale. I thought I’d give it a go. Even though it’s not a genre I’m used to, it sounded like it could be fun and exciting to write it up. But I was stuck. I came up with many ideas, wrote a couple of outlines, but nothing seemed to be working too well.
I decided to think of the films I’ve seen and what’s generally the story. Many of them seem to have the same ‘idea’ – Victim is stuck somewhere with no escape and is trying to find a way out (a house/ a room/ a forest/ a spaceship…) besides that there is something or someone threatening them within, hindering their escape. Here are some examples:
There are many variations of the above and it’s not true for every horror, but it works for me as a first time horror writer. It seemed like a good place to start.
Next, I had to figure out, who or what is the threat:
Again, the above isn’t an exhaustive list and the “monster” could be a combination of some. As you’ve probably realised by now, I am no expert in horror.
Trying to figure out which one to go with, I was asked what scares me the most, and after some thought, I concluded that people do.
The above alone was not enough, I kept thinking of stories that already exist, and then I remembered reading again and again that many ideas are the same, you just need to re-invent them. When I first read this, I started to imagine various fairy tales from different perspectives, and in fact, that’s exactly what’s been done in movies such as Shrek and The Hunter.
I was suddenly on a roll and started to re-imagine several fairy tales and nursery rhymes. I had my story.
It still wasn’t enough though and again I was stuck. I knew the beginning and the end, but how to get from A to B? After writing about three different versions, none of which were quite working, I realised I was forgetting to set my limits. As Linda Aronson (writer of the 21stCentury Screenwriter) suggests, find the restrictions of the assignment.
So I started over. I looked back at what I had and why they didn’t work and started from scratch. I limited my location, number of characters and props. Suddenly it fell into place. With one contained location, rather than several, it all became neater and more focused. I could focus on the characters and the story rather than the action. Not only was the end result a tighter, punchier script, it is now also a low-budget script.
I am not convinced the result is a true horror, or if it’s at all scary, but it is definitely dark and there is something very creepy about the ‘monster’.
Posted by Teenie Russell at 13:37