Last night I finally got a chance to pop by the NFT cafe on the London South Bank to meet a group of writers. This was the fourth time the group got together since Christmas. It's all an extension to what started as a script chatting group on Twitter,  known as #scriptchat. After virtually meeting and chatting for the last two years about writing and filmmaking, the group decided to meet in real life. There are already groups who meet in the US, so it was nice to finally have a London tweetup, organised by the Europe scriptchat host Mina Zaher; cupcakes included (courtesy of Alli Parker). 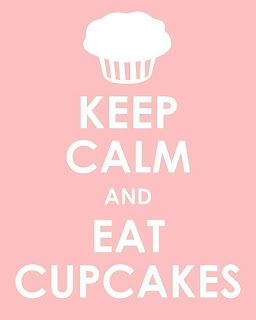 I was nicely surprised by the amount of people who showed up. There must have been about 20 of us at one point. Some who I already 'knew' through twitter, others that I got to meet, and unfortunately some that I didn't but hope to at a further meet. The group consisted of writers from different walks of life, working on different genres and formats; some get paid to write, some would pay to write. Then there was me. I suppose if I was there, then I must be a writer too, or at least anyone who was there might think so.

I have screenwriting books that I bought about ten years ago, a short that I wrote even longer ago, and an ancient notebook filled with script ideas. That was it really. I've wanted to be a screenwriter for a while, but all I ever did was jot down ideas, read books, but never really dare to just forget about all that and sit down and write. I always had brilliant excuses to not write.

Last year this all changed simply because it had to. I was always saying that I would focus on writing once I went on maternity leave and even though it didn't happen when I had my first child, I finally took that step just weeks after conceiving my second son. Since the middle of last year I have been writing more and more. Alone and in partnership I have written a couple of shorts, a couple of spec pilots, some other bits and pieces and as of today have started that one feature I've been pondering about for a while.

Even though there are writers out there who started their writing careers whilst quite young, I don't regret not having started sooner. I didn't just sit by and watch life happen, I was enjoying it, experimenting, inventing, creating and, well, making life. So I got derailed but found so much knowledge and richness that I am now ready to incorporate it all into what I hope will be a writing and film making career.

Without further ado, hi. My name is Teenie and I'm a screenwriter.


(Interested in screenwriting? Why not join #scriptchat online on Twitter and real life. Details here.)
Posted by Teenie Russell at 22:22